RIGB (Retrospective, Iterative, Geometry-Based) is a method that corrects tilt angle and direction for AWS with solar radiometry. Unattended AWS are subject to tilt, especially when anchored in snow and ice. This tilt can alter the AWS-retrieved albedo from a the expected “smiley face” diurnal profile to almost a frown. 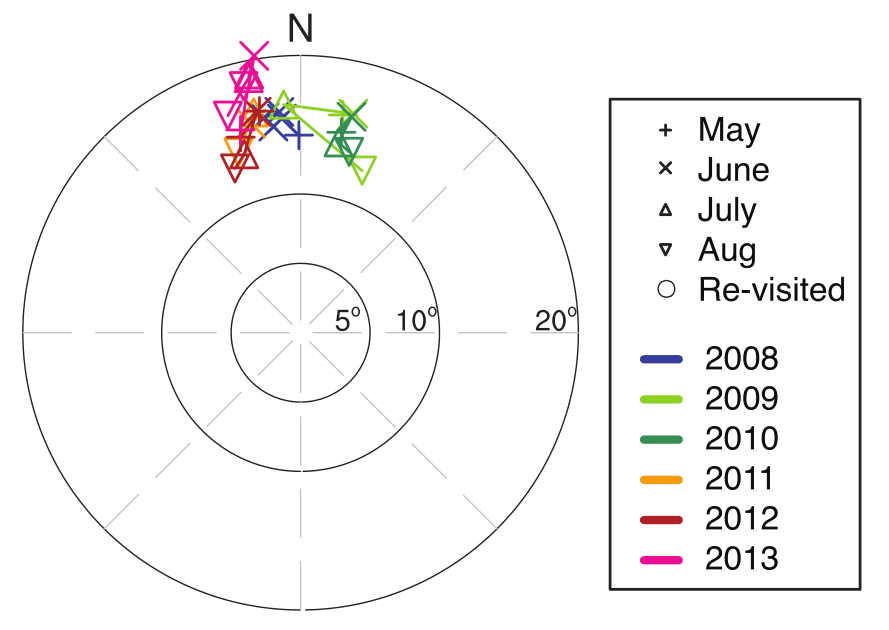 To run RIGB, user needs to specify “–rigb” option as below:

Note: Active internet connection is needed when running RIGB, as RRTM and CERES files will be downloaded for calculations, they will be deleted however upon completion.

AIRS is the default dataset used for thermodynamic profiles in JAWS but AIRS data is available only since 2002. So, users working on pre-2002 datasets, please choose MERRA as following:

It is to be noted here that user needs to use ‘–merra’ option in conjunction with ‘–rigb’.