Currently, the input file for analysis should be in netCDF format. So, first the raw ASCII files should be converted to netCDF using previous steps. We are working to make it accept ASCII files as input.

In the following examples we have used GCNet station at Summit, if you are using a separate network, you need to change the variable name accordingly.

JAWS has the ability to analyze the data in multiple ways such as:

JAWS can be used to plot the monthly diurnal cycle to see hourly changes for any variable throughout the month. The user needs to provide the input file path, variable name (on which analysis needs to be done) and analysis type (i.e. diurnal, monthly, annual or seasonal). The argument for analysis is -a, --anl or --analysis and variable name is -v, --var or --variable.

We will take two examples here:

In this analysis, we can analyze avg, max and min values for each day of a month for any variable

This time we will do it for temperature from a different sensor for Feb-2013 as following: 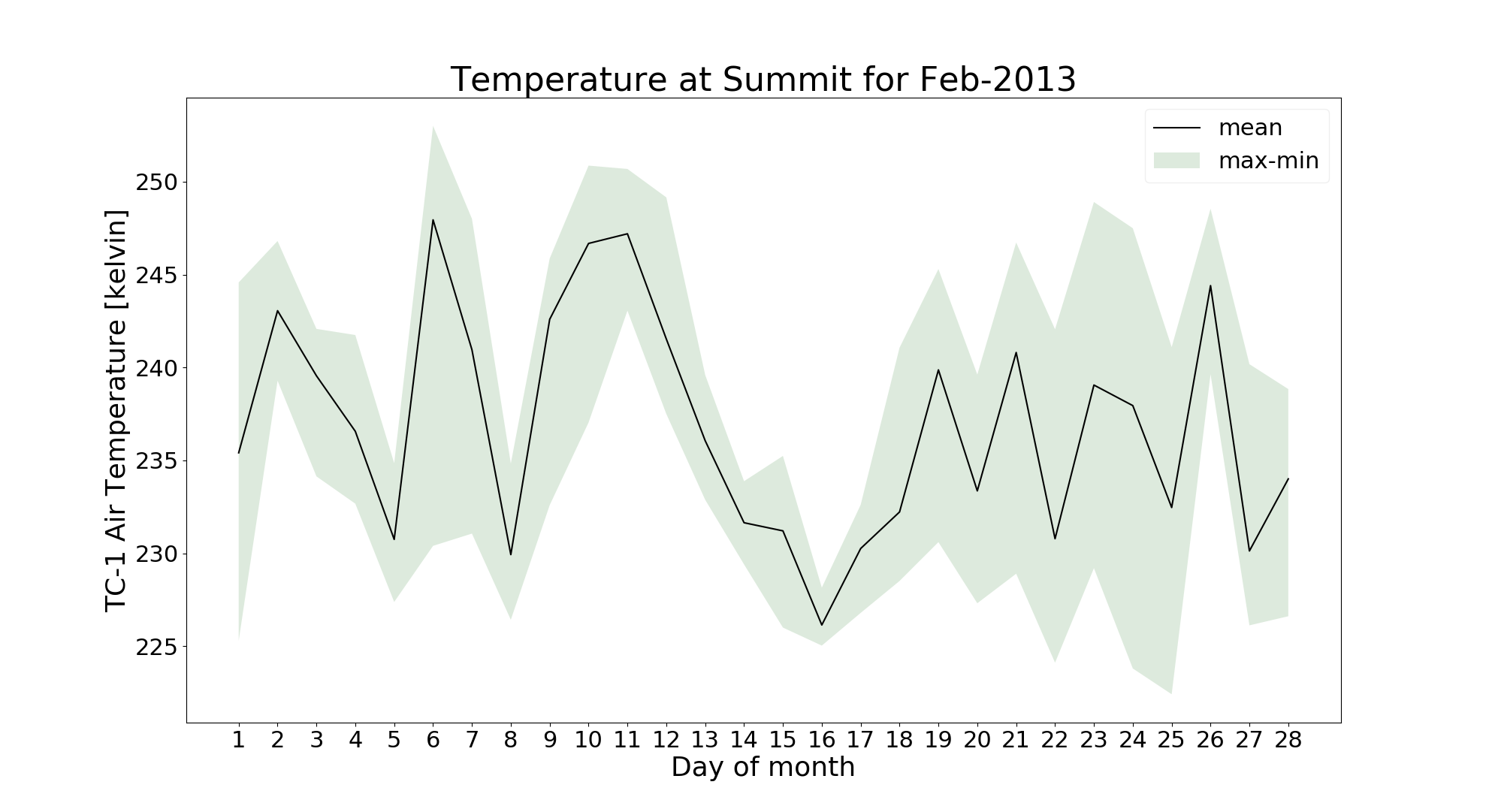 To plot an annual cycle with daily mean, max and min:

Note: Since this is an annual plot, the user shouldn’t provide the ‘-m’ argument 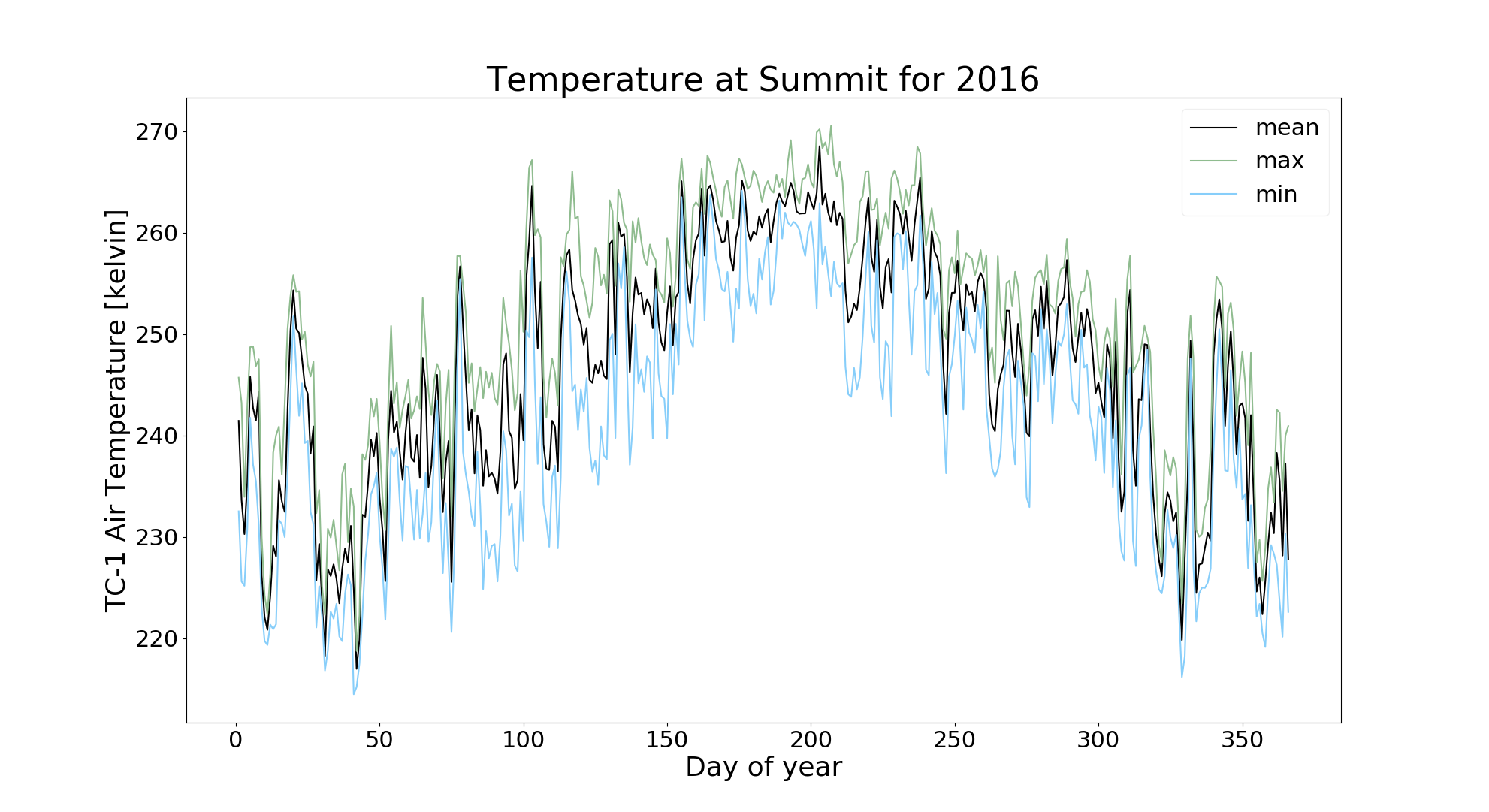 Note: Since this is a seasonal plot, the user shouldn’t provide both ‘-y’, ‘-m’ argument. 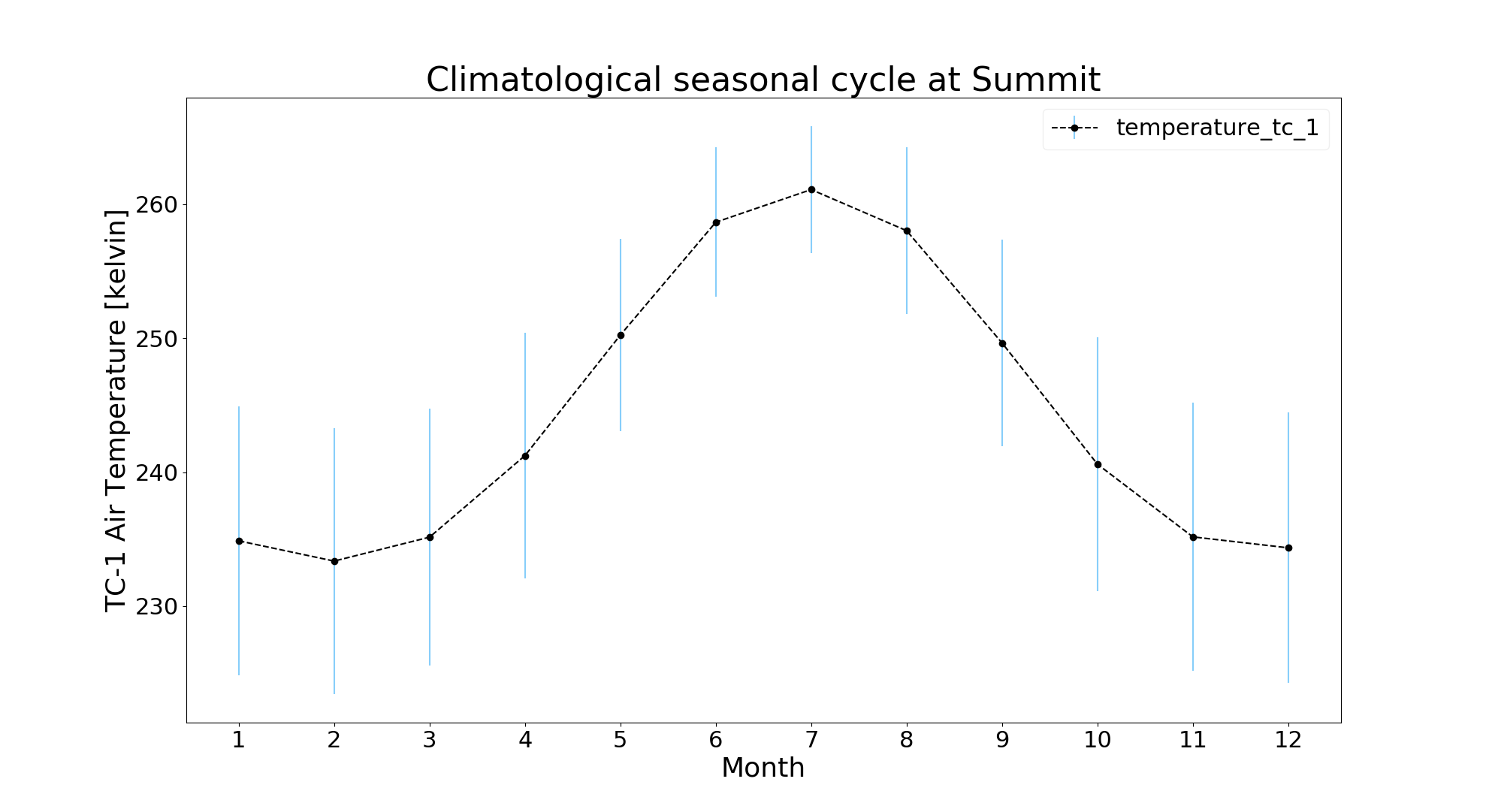