Each network has a list of variables (from raw file) that are known to JAWS at:

If you want to modify JAWS and add new variables to a network, you need to modify following 3 files i.e.

In this example, we will add two new variables (‘Sensible Heat Flux’ and ‘Latent Heat Flux’) to PROMICE.

Step 1: Add variable names to columns.txt of that network in same order as they are in raw file. In our example raw file, ‘sensible_heat_flux’ comes after ‘wind_direction’ and is followed by ‘latent_heat_flux’. So, we will add new variables like this:

Step 2: Next, we will populate attributes information for the newly added variables in ds.json as following: 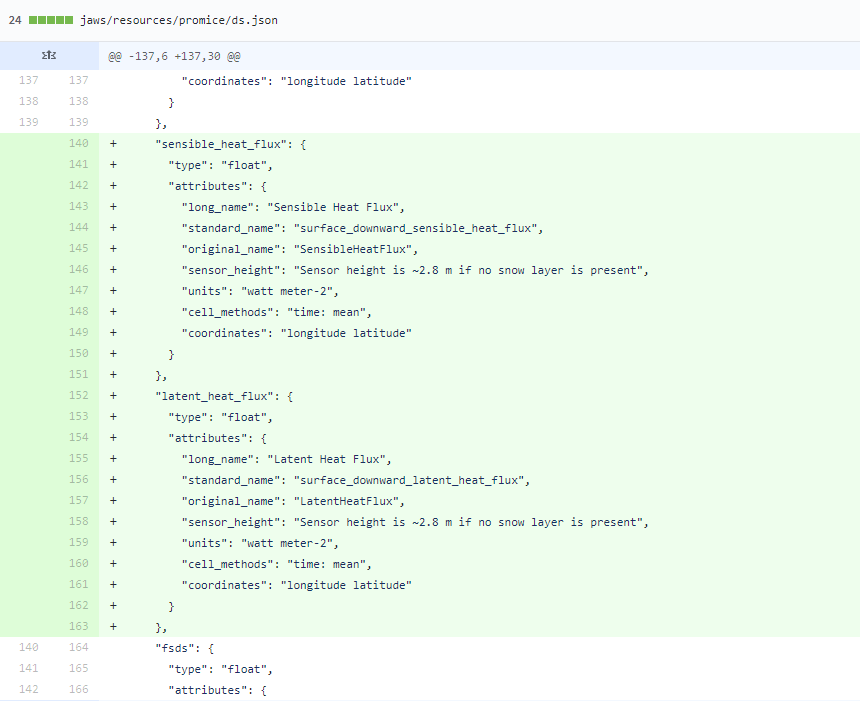 Step 3: Then, we will add the encoding information in encoding.json as below: 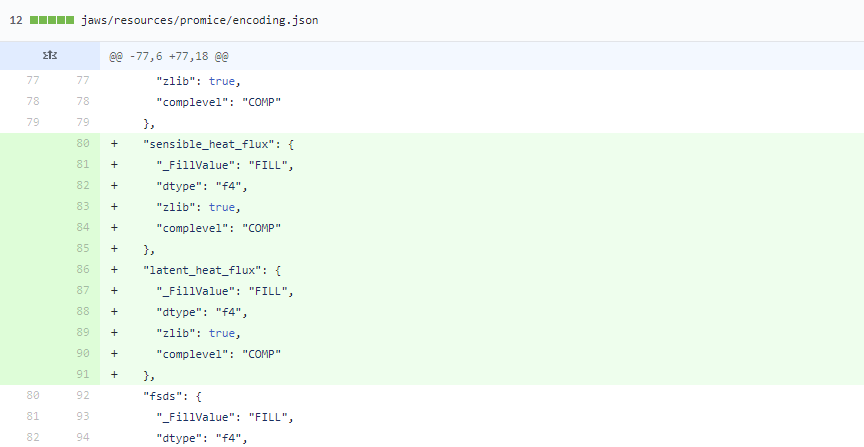 Step 4: The final step is only for AAWS, GCNet and PROMICE networks. You will need to update the count of variables in jaws/common.py. Since we have added two variable, so we will update the len(input_file_vars) from 44 to 46 as following:

If you have trouble following the above or have any questions, please open up an issue on Github

If your network is not in the list here and you would like it to be supported by JAWS, please open an issue on Github or contact Charlie Zender at zender@uci.edu